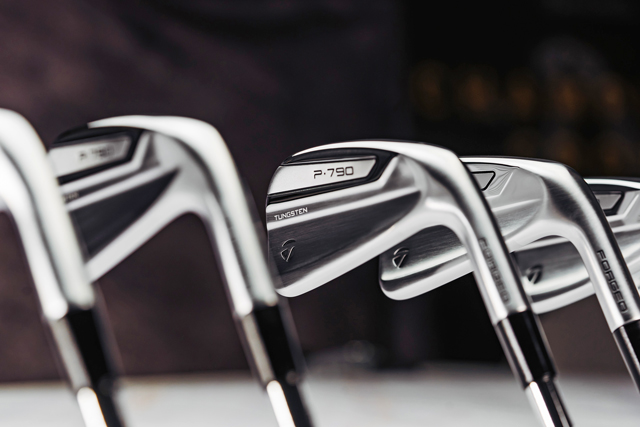 First offered in 2017 the P790s have been the best-selling iron model in TaylorMade Golf’s history and now they have not only announced an update but added a new titanium model. Both the updated P790 and all new P790 Ti borrow heavily from the preceding model which many low handicap players and professionals considered to be among the best, if not the best, performing irons in the industry.

The forged hollow body steel P790 has a 7 percent thinner face and to counter the tendency for long irons to hit the ball to the right, TMaG’s Progressive Inverted Cone Technology (PICT) is moved towards the toe in the lower lofts. As with the original model, foam is injected inside the head to dampen vibrations and improve impact sound plus support the face for more ball speed. The new model also uses the familiar Thru-Slot Speed Pocket to allow the face to flex more which also adds to ball speed. The tungsten sole weighting has been increased by 15 percent lowering the center of gravity further and making it possible for excess weight to be removed from the toe.

According to the company, “To improve on an iron as successful as the original P790, engineers faced the challenge of taking everything learned from its design, refining and emphasizing many of the unique design elements that made it so successful without drastically changing its DNA. The result is a forged iron that continues to deliver remarkable distance and playability combined with exceptional feel in a medium-compact head design with a refined topline, more compact blade length and reduced offset preferred by discerning players.”

However, the more significant announcement was the ultra-premium P790 Ti which puts TMaG squarely in that evermore crowded higher price end of the market. Unlike some manufacturers whose ultra-premium models make use of cosmetics to rationalize double or more the usual prices the P790 Ti justifies its pricing because the body is made of titanium. Titanium is more expensive than steel and more difficult to work with, but this new blade proves the advantages. 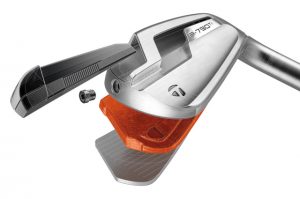 Inside the head is a massive tungsten weight of 117-grams or nearly half of the head’s mass putting the P790 Ti solidly in the game-improvement category. Compared with the first P790 head shaping is different with a 2mm longer blade, 2mm taller face and increased offset complemented by a wider sole with additional bounce. The titanium body is much lighter and stronger while the face is thinner with a bigger sweet spot while utilizing TMaG’s Thru-Slot Speed Pocket. Ball speed is improved since the flexing area of the face was increased plus consistency was improved.

TaylorMade said in the product announcement, “A complement to the P790, the P790 Ti was designed from the ground up to be an extreme performance P·790; a game improvement iron loaded with technology packed into an aspirational players’ preferred shape while maintaining the critical ratios between blade length, offset and topline width.” 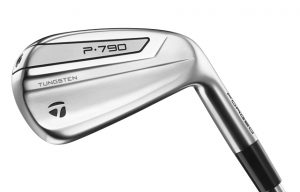 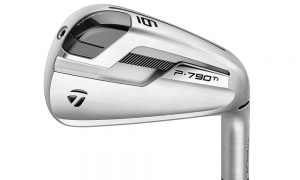