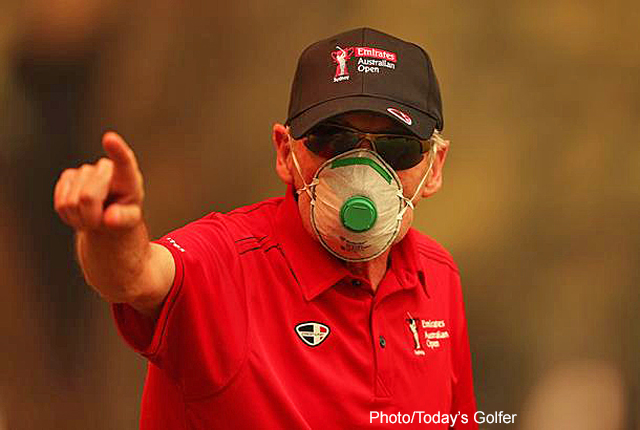 One of the reasonable things to do while watching the dog destroy pillows on the couch (he’s bored too) or figuring out how much Worcestershire sauce to put in the pork chop marinade is think about what our game will be like after the stay-at-home and social distancing requirements are over.

First, we must recognize our predictions may seem entirely logical but in fact really are just dressed up speculation since the country, the economy and our culture have never experienced anything like the COVID-19 pandemic. Pundits making comparisons to the 1918 flu epidemic, the Great Depression, World War II, September 11 attacks or even the subprime mortgage crisis fail to recognize the immense differences of what is now versus what was then.

However, that won’t hinder you and me in the least so let’s speculate together keeping in mind historically the business of golf mirrors but lags the health of the economy.

How Long
Recreational golf has not gone away just severely curtailed. Charts tracking the progress of COVID-19 are at best uncertain indicators but would seem to point at the earliest date for removing stay-at-home requirements might be Memorial Day. If that’s wishful thinking the worst case might be Labor Day but the Fourth of July seems reasonable. Parts of the country will be somewhat sooner and many longer reaching to the late fall.

Number of Players
The National Golf Foundation (NGF) says the number of U.S. golfers at the end of 2018 was 24.2 million but when stay-at-home transitions to go-out-and-play how many will come back? How many will have gotten out of the golf “habit” from job pressures or simply finding other ways to occupy their time? A reasonable guess is up to 10%.

Rounds Played
Everything in the game from tee times to sales of replacement cleats is tied to how many players and how many rounds. For the first two months of 2020 NGF says rounds played data showed a 15.2% increase over 2019 citing better weather as the reason. Assuming most of the missing 10% could be described as the least avid players, rounds played will possibly contract by 5%.

Course Closings
It’s no secret many golf facilities had financial problems before COVID-19 and logic says the three- or four-month period of lower or no revenue brings the day closer when a significant number will be put to an alternate use. Fewer players mean fewer courses plus increased downward price pressure on greens fees for the those remaining. Using our 5% decrease in rounds played would mean about 800 more courses will convert to housing developments.

Golf OEMs
Again falling back on what seems to be logical, when golfers aren’t playing, they aren’t buying clubs and balls and rain suits or much of anything else in the way of equipment. Though it may take until sometime next year the big five OEMs—Callaway, Titleist, TaylorMade, Cobra and Ping—will come out of this virus-induced sales depression just fine. Smaller makers may not have the capital nor talent to survive. One thing is certain though, right now golfers aren’t buying drivers, irons, etc. and even after the world gets back to “normal” golf consumers will delay club purchases for months. That’s human nature and in an article written for the April/May issue of Golf Oklahoma the guesstimate equipment sales would be down 40% this year and now revise that to 50% adding it will take another year to get sales back to where they were.

Equipment Retail
Three points seem reasonable. Dicks (Golf Galaxy), Worldwide Golf Shops and PGA Tour Superstores which account for about half of golf retail doors will reopen with little or no hangover. Small retailers will have more and longer lasting concerns. The major retailers also have an immense advantage in e-commerce due to cutting edge technology, image and visibility. Assuming the country’s number of unemployed falls sharply retail sales will see a sharp rebound. Expect retailers and OEMs to discount prices this summer to bring inventory under control and to further increase current model sales OEMs could delay new product introductions from fall or early winter to spring.

E-commerce
Part of the new normal (whatever that means) will be the more frequent use of the Internet to make purchases hastened by the new 5G technology. Online buying of golf equipment makes sense for balls, shoes and apparel but not for clubs. Hands on testing to match club to golfer is necessary both to justify the purchase price and to rationalization the cost. This club customization will continue to grow with clubfitters such as Club Champion experiencing a greater sales growth percentage than the increase in club sales. Online sales of clubs especially discounted models will increase but, as has always been the case, results on the course will not match that of custom clubs.

Pro Tours
As soon as the risk of COVID-19 infection reaches an acceptable level the PGA Tour and LPGA Tour will restart but if present plans hold it sure will be strange watching the Masters in November.

A Couple of Final Thoughts
Though tempered by years of experience in business and observation of human nature the foregoing obviously are guesstimates piled on top of speculation. Please view them as such with the idea at least some of the points will be proven accurate.

We will get through this just fine without paying attention to the handwringing talking heads or so-called experts predicting everything but the end of the world economy.

Now if could just figure out how to get rid of my hook and add 25 yards to my tee shots while sitting in my living room.