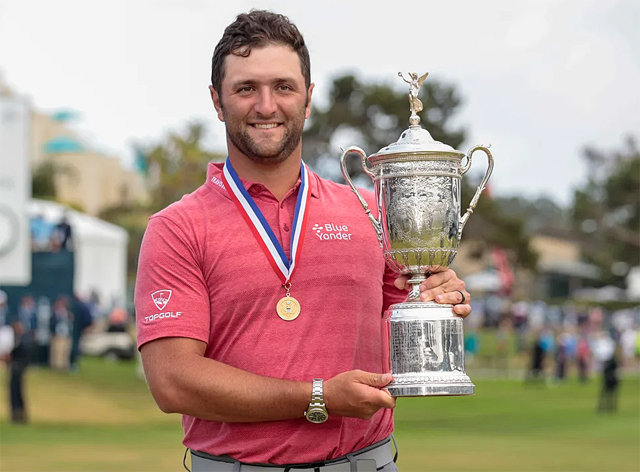 Jon Rahm broke through for his first major championship fulfilling the promise of a major- winning career when he joined the Tour five years ago out of Arizona State University. The personable Spaniard is a good friend of fellow ASU alumnus Phil Mickelson who was among the first to congratulate him. END_OF_DOCUMENT_TOKEN_TO_BE_REPLACED 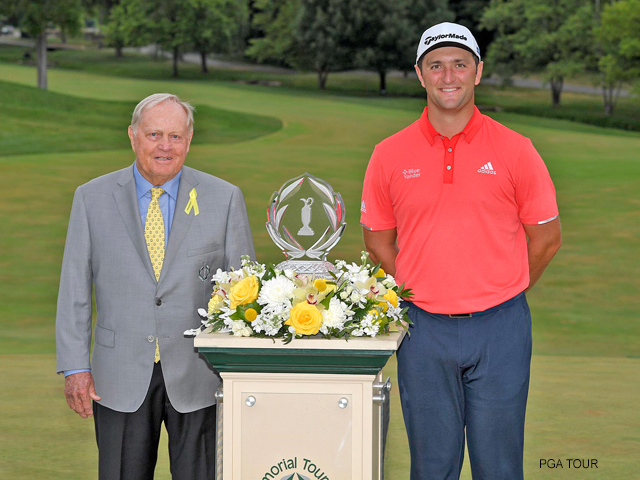 Jon Rahm’s chip-in on the 16th hole Sunday at the Memorial Tournament all but clinched his victory and was described variously as “masterful” and even “Seve-like.” However, PGA Tour rules officials said his ball moved prior to the chip and assessed a two-shot penalty which reduced the 25-year old Spaniard’s margin of victory from five strokes to three. END_OF_DOCUMENT_TOKEN_TO_BE_REPLACED